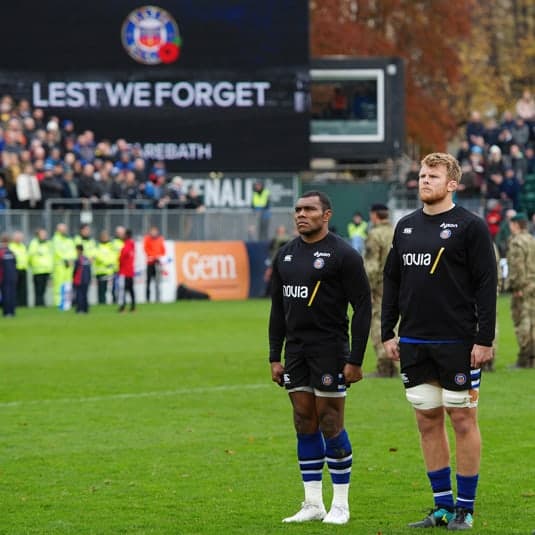 Founded in 1865, Bath is one of the oldest clubs in the world. With several exciting young players, the club is capable of competing at the top level and we are particularly proud to support both players who are members of the Armed Services.

Rokoduguni is an astute attacking wing with raw power and possesses the ability to beat defenders on the wide channels, as well as coming in-field to challenge over the ball. The Fijian-born England International is also a proud Lance Corporal and reconnaissance tank soldier in the British Army.

A towering presence at 6 ft 7, Josh McNally adds considerable physicality to the Bath pack, whilst playing a key role in the line-out. McNally makes his mark through his stopping power in defence, and ability to make a dent in the opposition with his ball carries.

Dean Taylor, VIMA Group CEO, commented “It has been great to support a local club, Bath Rugby, over the last few years. We are delighted to continue our sponsorship to Josh McNally a Semesa Rokoduguni. With their Armed Services experience, and as professional sportsmen working in high performing teams, the sponsorship choice of Semesa and Josh for the 2021/2022 season, aligns with our company ethos and values.”.