Proud to have a British Triathlete among us 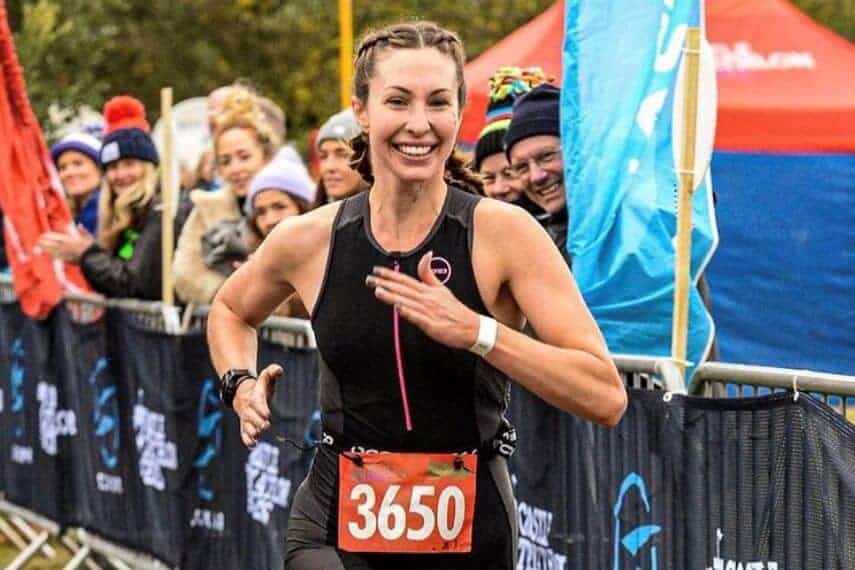 Georgina Burnett is a Consultant here at VIMA Group. She has also just qualified for the 2021 European Championships in the Olympic distance triathlon.

However, her path has not always been a straight or easy one. Georgina injured her leg while serving in the British Army back in 2014. She had several operations: ACL reconstruction, countless steroid injections, and meniscus cleanups, all of which did not bode well for running. She was medically discharged from the forces and told that she would never be able to train as she used to. Being someone who thrives on an active lifestyle, Georgina was left feeling very lost and hopeless.

There were two reasons for Georgina to start moving again after a long recovery. Firstly, raising awareness and funds for Great Ormond Street Hospital (GOSH). GOSH is a children’s hospital located in the Bloomsbury area of the London Borough of Camden that saved Georgina’s niece’s life. Secondly, Georgina needed a challenge, something to do, and work towards.  She told us, “Quite frankly, my mental health was at rock bottom, I needed a goal. Just something to motivate myself”.

It all started in December 2018. Georgina took part in her first 5K event and remembers: “It took me about 35 – 40 minutes to complete, and I walked a chunk of it. But, it felt incredible, so I continued running. On January 4th, 2019, I ran my first 10K in 59 minutes. I loved the thrill I got from finishing, the little collection of medals I had starting to grow, and that was it, I had the running bug! I wanted to be better, faster! So I began to run three times a week… “.

Spring 2019 came, and Georgina ran another 10K event, only this time in 45 minutes and was the first female to complete it. All of this made her feel confident and eager for more, so she signed up for a 300K cycle, which meant getting a road bike and learning to ride it properly. During this same event, Georgina was knocked off the bike by a bus and broke her arm in two places. During her recovery, she contemplated – “I’m most of the way there why not go all out and try to tri? I will never get tired of that play on words!”.

So, Georgina signed up for her first triathlon and left herself two weeks to learn how to swim, and she didn’t think doggy paddle would make the cut! And so she did her two weeks of solid of swimming lessons and completed her first sprint triathlon, placing 4th in her age group.

2020 did not go to plan for most of us. However, Georgina has still trained and managed to squeeze in two Olympic distance triathlons, both open water, which was the challenge of the year for her. “Turns out I hate open water swimming”, says Georgina. She continues “however, swimming with my eyes shut must have worked, as I have somehow qualified for the 2021 European Championships for Olympic distance triathlon!”

Back in 2018, Georgina never thought for a second her waddle across the 5K finish line would lead to representing Great Britain in her age group three years later. For 2021 her goal is “it’s all about the experience, seeing what I can achieve and hopefully swimming with my eyes open”.

Good luck, Georgina. Everyone at VIMA are already really proud of your achievements. We are genuinely excited to sponsor you for the 2021 European Championships and see you compete in the Olympic distance triathlon.